The Story of the H.L. Hunley and Queenie’s Coin (Hardback) 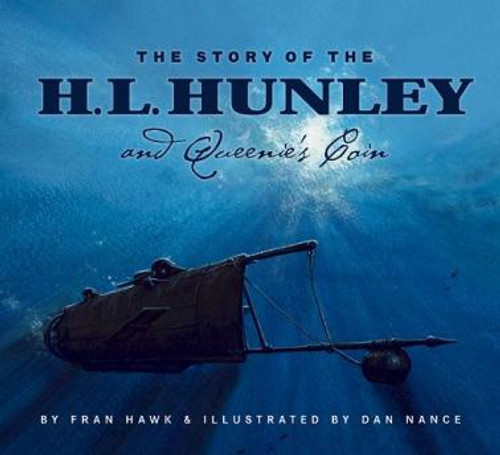 The Story of the H.L. Hunley and Queenie’s Coin (Hardback)

This is one of those stories that transcends its place in American History.  When P.T. Barnum offered $100,000 to anyone who could find the Hunley for him to display in his traveling show, the ship’s place in the lore of Americana was fixed.  And when anyone hears the story of the $20 gold coin that was given from one sweetheart to another for good luck in the midst of the Civil War, it is hard not to become enthralled.  But was it true?

Sleeping Bear Press is proud to announce the release of The Story of the H.L. Hunley and Queenie’s Coin, a children’s pictorial that chronicles the story of a young man, a young woman, a “fish boat” and a golden coin that proves 138 years of hearsay and rumor were absolutely true.  In the wreckage of a Confederate submarine, archaeologists and divers confirmed that some stories are stranger than fiction. 40 pp

Buy it here and proceeds will go to support the Hunley Project!