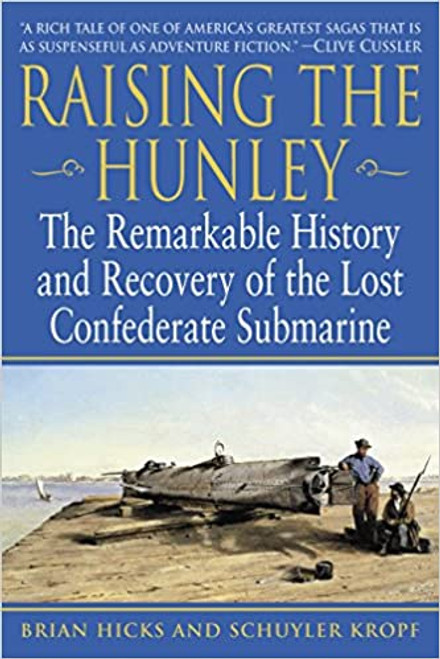 Raising the Hunley: The Remarkable History and Recovery of the Lost Confederate Submarine by Brian Hicks and Schuyler Kropf.  As chronicled in this book, the Hunley disappeared without a trace in 1864, and finding it became something of an obsession for many Americans until the vessel was finally brought to land in 2000.  Based on interviews with scientists and historians, the authors reconstruct the submarine's final voyage in this dramatic piece of Civil War history.  Dramatically told, filled with historical details and contemporary color, illustrated with breathtaking original photographs.

Buy it here and the proceeds will go to support the Hunley Project!